Setting up a single betta fish in a tank might make you want to add other interesting inhabitants to the environment. However, fish that get along with bettas are not common, making this a tricky task. This article will provide the information that you need to guide you on your journey of finding betta fish tank mates.

Can It Be Done?

The most common question most betta fish owners have is if keeping a betta with other fish can even be done. The answer depends on your individual betta fish.

Some bettas do live successfully with other fish, however, others will attack their tank mates, or be attacked by their tank mates. Most bettas are aggressive and may feel they need to defend their territory. Due to the long flowing fins male bettas sport, they may become a target to other fish who may try to nip at them.

Keeping this in mind, when you initially add a tank mate to your betta’s aquarium, monitoring their interactions for the first week will be crucial to ensure the safety of all involved. Be sure that you have a way to separate the animals if necessary.

What Are the Best Betta Fish Tank Mates?

Here is a list of aquatic animals and fish that get along with bettas for your consideration:

The most commonly successful tank mate for bettas is surprisingly other bettas but with one caveat; they must all be female. This is referred to as a sorority aquarium.

While this has been done successfully, it is important to note that this success is only achieved through careful planning, to include:

Keep in mind that they are shoaling fish, meaning they like to live in groups. You will need to add at least 5 Cory catfish to your betta’s aquarium for them to be socially satisfied. Generally speaking, you would need a minimum tank size of 10 gallons to house 5 Cory catfish and a betta.

Due to the number of catfish that must be added, the smaller size of this catfish, the pygmy Cory catfish, is usually most ideal to house with bettas, since bettas are usually kept in smaller aquariums.

The Kuhli Loach is a unique tank mate choice that pairs well with the betta. While they are peaceful and simple to care for, they are not one of the most popular choices because they are not seen often. Kuhli Loaches are nocturnal and spend most of their time hiding in the bottom of the aquarium. That said, they do very well with betta fish.

Mystery snails are one of the most popular tank mate choices for betta fish because they are inexpensive, they easily coexist together and they are easy to care for.

An added bonus of a mystery snail residing in your aquarium is that they help keep the tank clean; they eat left over fish food and algae.

However, they do have their own unique dietary requirements; they need algae wafers or catfish pellets. They cannot solely survive on left over fish food and algae.

Ghost shrimp are another common tank mate for bettas. They are very inexpensive, low maintenance, and they can easily coexist with bettas. Ghost shrimp also help clean by eating left over fish food.

However, some betta keepers have mentioned that their ghost shrimp attacked their bettas, so carefully monitoring their interactions when they are first housed together is crucial.

However, dwarf cray fish may sometimes “take a ride” on a betta by holding onto their fins with a claw. Though are not big enough to eat a live betta, this could result in some battle scars.

Keep in mind that bettas cannot be kept with their larger cousins, referred to simply as crayfish, because they are large enough to eat bettas.

A common aquarium pairing is the African Dwarf Frog and betta. They can live together successfully because they occupy different areas of the aquarium and bettas do not view them as an opponent in their habitat.

These frogs are relatively simple to care for:

There is something important to know about them. African Dwarf frogs have a long life span; they can be a commitment of 10 to 15 years. Be sure that you are prepared for that commitment should you choose to add them to your betta’s aquarium.

While some aquarists have successfully housed them together, caution must be exercised. These frogs are food fanatics. They are little gluttons who will eat whatever fits into their mouths. In some cases, your betta fish might fall into that category. Some aquarists have witnessed their frogs attacking their bettas, and since bettas cannot fully fit into their mouths, they have sustained some battle scars from these altercations.

As such, it is crucial to monitor their initial interactions, and to keep them well fed to prevent them from going after the fish they reside with.

How to Help Betta Fish Mates Live Together Safely and Successfully

When housing your betta with another aquatic animal, keep the following safety tips in mind to be successful:

In the wild when bettas fight, the fight ends when one opponent swims out of the other’s territory. Since there is much less territory in an aquarium, the way to compensate for this is to create a heavily planted environment to give all the inhabitants hiding places.

Give the betta and his tank mates lots of hiding options depending on where they like to spend time in the aquarium. For example, if you are housing an african dwarf frog and betta together, be sure that the frogs have lots of hiding places on the bottom of the tank, and provide lots of plants and a tall ornament for your betta to hide in higher up in the tank.

Conflict over food can arise easily when inhabitants are “hangry”. Be sure that all your aquarium’s inhabitants are fed an appropriate amount of food daily. This is incredibly crucial if keeping African Dwarf Frogs with bettas, because they are voracious eaters who will eat whatever fits in their mouth, including fish. By keeping their bellies full, you are giving them incentive not to eat your fish or their friends.

When Choosing Betta Fish Mates, Go for Low Key Rather Than Flashy.

For example, Neon Tetras and Cardinal Tetras are often recommended to be housed with bettas. However, they are not a wise choice. Due to their flashy appearance, many bettas will attempt to attack them.

Choosing betta fish tank mates must be done carefully to ensure all the inhabitants of the tank are happy, healthy and safe. When an aquarium is thoughtfully planned and well planted, some bettas can happily coexist with other fish.

However, bettas are individuals; some of them will never tolerate a tank mate at all. Be sure to carefully monitor how the introductions go, and be sure to separate the betta and his tank mates if necessary.
Order number 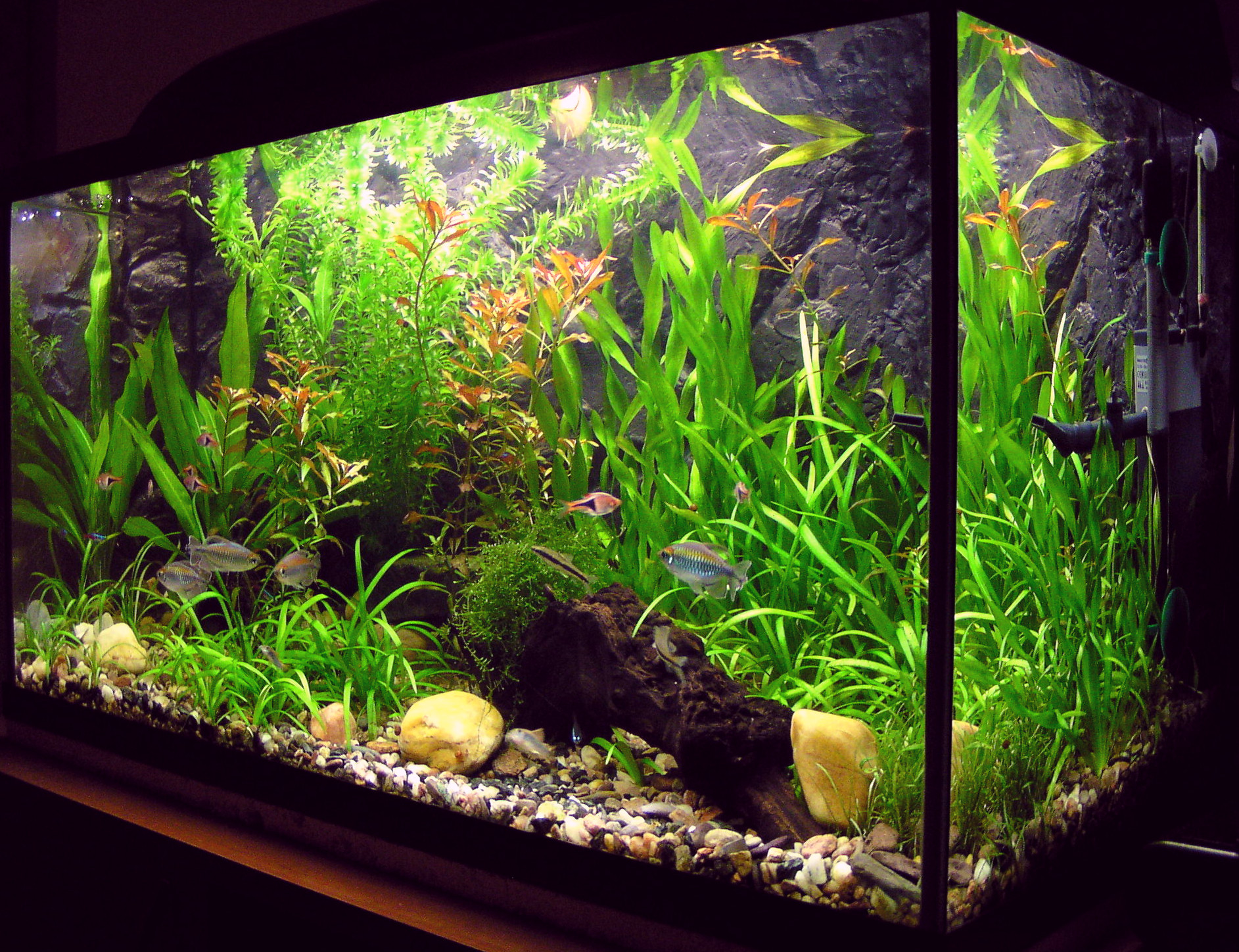 Getting Started: A Comprehensive Guide to Setting up an Aquarium Albert - August 20, 2021
0
It's one thing to be an aquarium hobbyist. It's another thing to be a gardener. But for those who are interested in taking care...

Albert - January 12, 2022
0
If you've just bought a fish tank or are looking to move it onto a more durable piece of furniture, then a fish tank...

AquariumEdge.com is a participant in the Amazon Services LLC Associates Program, an affiliate advertising program – it is designed to provide an aid for the websites in earning an advertisement fee – by means of advertising and linking to Amazon.com products.
Amazon and the Amazon logo are trademarks of Amazon.com, Inc. or its affiliates